In this case, our client sustained an injury at a gas station after slipping on ice and falling to the pavement, causing a fracture to their right ankle. Our client’s injuries ultimately required surgical correction, which resulted in placement in a soft cast and wheelchair use for approximately three months. Additional surgery was required, which resulted in an extensive course of physical therapy and multiple steroid injections, and permanent scarring to our client’s leg and ankle. Our client’s ankle pain limited their ability to walk and stand for extended periods of time. The gas station owner denied liability and responsibility for our client’s injuries. Attorney Joseph Pierotti filed a lawsuit on our client’s behalf and, after more than three years of litigation, was able to obtain a settlement of $250,000.00 for our client.

If you or someone you know has been injured in an accident, call Davis & Gelshenen LLP at 1-866-427-2121 for a free initial consultation with one of our Experienced, Trusted, and Recommended Personal Injury Attorneys. Davis & Gelshenen LLP handles cases throughout Wisconsin, Illinois, Ohio, and North Carolina and will meet with you at your home to discuss your case.

In this case, our client was in a rear-end motor vehicle accident. Attorney Joe Pierotti filed a claim with the client’s insurance company, but the claim was denied. Attorney Pierotti filed a lawsuit for our client, and just prior to the mandatory arbitration hearing, the insurance company reversed course and offered their policy limits to settle the claim. With Attorney Joe Pierotti’s determination, our client was compensated for the injury that she endured.

Results may vary based on specific injuries and the circumstances surrounding each individual case. The results listed above are not a predictor of the same results in similar cases.

Our client was rear-ended by an uninsured driver exiting a Target parking lot. The accident resulted in whiplash that required our client to endure months of physical therapy. Attorney Joe Pierotti filed an uninsured motorist claim under our client’s policy. The insurance company responded with a $2,300 settlement offer, which Attorney Pierotti quickly rejected considering the injuries and treatment our client withstood. Instead, Attorney Pierotti made a demand for arbitration and took the matter to a hearing, where the Arbitration Panel awarded our client over $13,000 to compensate for her injuries. With Attorney Joe Pierotti’s expertise and perseverance, our client received more than 5 times the insurance company’s pre-arbitration offer to settle.

If you have been in an accident, call Davis & Gelshenen LLP at 1-866-427-2121 for a free initial consultation with one of our Experienced, Trusted, and Recommended Personal Injury Attorneys. Davis & Gelshenen LLP handles cases throughout Wisconsin, Illinois and Ohio, and will meet with you at your home to discuss your case.

Results may vary based on specific injuries and the circumstances surrounding each individual case.  The results listed above are not a predictor of the same results in similar cases.

Attorney Dan Davis received a low “final” settlement offer from an at-fault insurance company.  Rather than just accept the insurance company’s decision, Attorney Davis kept on fighting for his client.  He filed a lawsuit on behalf of his client and eventually forced the insurance company to settle the claim for $30,000 more than the original “final” offer.  The attorneys at Davis & Gelshenen work hard to fight for your rights and make sure you get what you deserve.

If you were injured in a car accident and would like a FREE CONSULTATION with Attorney Davis, call 1-866-427-2121 or email him at ddavis@dgattorneys.com.  Davis & Gelshenen always fights to get you more.

Stay Safe On Your Bicycle this Fall

If you have been in an accident on your bicycle as a result of someone’s negligence, contact Davis & Gelshenen for a free consultation at 866-421-2121 or email us at ddavis@dgattorneys.com. 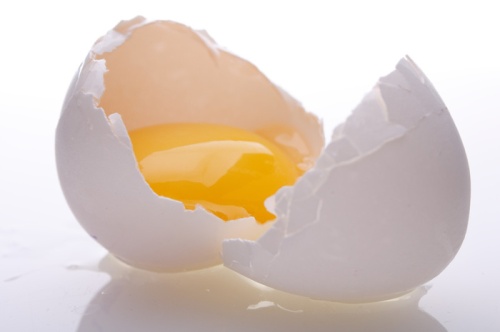 After people throughout the United States experienced an outbreak of Salmonella Poisoning, the infectious bacteria has been traced back to the egg distribution company Wright County Egg of Galt.  This company distributes eggs to California, Illinois, Missouri, Colorado, Nebraska, Minnesota, Wisconsin, and Iowa under multiple brand names.  According to the Chicago Daily Herald, the outbreak may have sickened as many as 1,300 people.  Congress has subpoenaed the owner of Wright County Egg of Galt, Austin DeCoster, to testify regarding the outbreak.

Illnesses have been reported in Minnesota, California, and Wisconsin as a result of the salmonella outbreak.  Symptoms of salmonella bacteria can include fever, diarrhea, vomiting, and nausea.  It can be fatal to children, seniors, and people with weakened immune systems.  The best way for people to protect themselves from the salmonella outbreak is to either throw away or take recalled eggs back to the store.

The FDA is working to create legislation that will mandate egg producers to purchase only salmonella free chicks and have producer houses test for salmonella.  The FDA encourages consumers to take the following steps to stay safe from salmonella:

If you have been injured by the recent salmonella outbreak, Davis & Gelshenen can help.  Call toll free at 1-866-427-2121 for a FREE CONSULTATION with one of our experienced attorneys or email Partner John J. Gelshenen, Jr. at jgelshenen@dgattorneys.com.

Have You Been Affected by the Recent Legionnaires’ Outbreak?

Cudahy, Wis. –A Legionnaires’  Outbreak at St. Luke’s South Shore Hospital infected 8 people with the deadly water borne bacteria during the months of February and March of 2010.   The Hospital’s decorative waterfall has been identified as the bacteria source.  If you or someone you know has been injured by this outbreak please contact Davis & Gelshenen LLP at 1-866-427-2121 for more information.

What is Legionnaires’ Disease?  Legionnaires’ disease is a severe form of pneumonia caused by inhaling legionella bacteria.  If left untreated, the disease can lead to respiratory failure, septic shock, and acute kidney failure.  People most susceptible to the disease are older adults, smokers, and people with already weakened immune systems.  Symptoms of the disease develop between 2 and 14 days of exposure and can include headache, muscle pain, chills, fever, cough, shortness of breath, chest pain, fatigue, loss of appetite, nausea and vomiting, as well as confusion and changes in mental ability (Mayo Clinic).

The U.S. Centers for Disease Control and Prevention report that every year, “between 8,000 and 18,000 people are hospitalized with Legionnaires’.”  However, it is believed that many occurrences are under reported due to the rare nature of the disease (CDC).

If you have been injured by the recent Legionnaires’ Disease outbreak at St. Luke’s South Shore Hospital or any other medical injury due to the negligence of a hospital, contact Atty. John Gelshenen toll free at 1-866-427-2121 or email him at jgelshenen@dgattorneys.com for a free consultation.

Seatbelt Use Makes For Safer Roads In July

The Wisconsin Department of Transportation reports that increased seatbelt use has been a catalyst for fewer driving fatalities in Wisconsin.  This July, we have seen the second lowest crash fatalities for the month since 1944.

Dennis Hughes, the chief of safety programs for the Bureau of Transportation safety reported that “A major reason why traffic fatalities are low is that safety belt use has reached an all-time high in Wisconsin.”   According to Mr. Hughes, part of this trend can be related to the new seatbelt laws passed in Wisconsin last year allowing police officers to stop drivers for not wearing their seatbelt.  Approximately 79% of drivers in Wisconsin are buckling up.

Make sure to buckle up when you’re on the road.  Let’s keep Wisconsin safe!

Attorney John Gelshenen Obtains $260,000 Settlement for Out of State Client

Attorney John Gelshenen’s client traveled to Wisconsin for his job.  After renting a car, a negligent truck driver rear-ended the client’s rental car.  As a result of the collision, the client herniated a disk in his back.  The herniation caused the client to undergo a year of medical treatment.  Because the treatment failed, the client had a lumbar fusion surgery to remove the disk.  Attorney Gelshenen convinced the at- fault insurance company to pay a $260,000.00 settlement to cover the client’s medical bills, lost wages, and compensation for pain and suffering.

If you were injured in Wisconsin or Illinois, and are far away from home, Davis & Gelshenen LLP can help.  With offices throughout Wisconsin and Illinois, we are in the best position to investigate the accident, take photographs, interview witnesses,  contact local law enforcement, deal with local insurance companys, and commence litigation, if necessary.

Davis & Gelshenen LLP clients can rest assured that their case is being handled by a local attorney who knows all the ins and outs of the law, no matter where they are.

Wisconsin Gets Tough on Drunk Driving 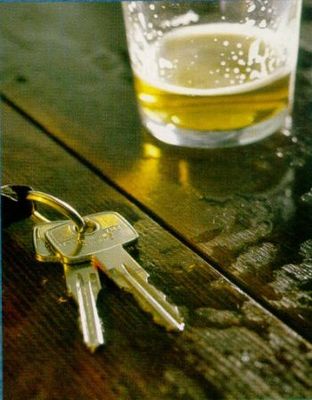 2009 Wisconsin Act 100 , which took effect on July 1, 2010, is the Wisconsin Legislature’s latest attempt to eliminate drunk driving in Wisconsin.  The new law targets repeat offenders, and provides for more opportunities for treatment of alcohol abuse.