Tag Archives: In the News

The growing use and interest in analytics by the Department of Transportation has created a lot of momentum. According to Roat, they are finding innovative ways to share the information they have collected and are preparing new ways to store and secure it. In the future, they hope to use and store data in the “cloud” for vehicles, traffic lights, and road blocks.

Marijuana Exceeding Alcohol Use in Drivers 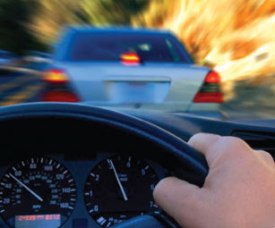 Forbes.com recently published an article titled “More Drivers Now Stoned Than Drunk, Survey Says.” The article discusses the fact that operating a vehicle under the influence of marijuana or prescription drugs is quickly exceeding drunk driving the United States.

Stricter drunk-driving laws and focused effort has helped decrease the number of drivers with alcohol in their system, as well as decreasing the amount of traffic-related deaths. However, the National Highway Traffic Safety Administration’s recent roadside survey of alcohol and drug use by drivers has found that one in four drivers tested positive for a drug in their system that could potentially influence their safety while driving.

Forbes.com outlines the survey in their article. It was conducted in Virginia over a 20 month period. It surveyed over 3,000 drivers who were involved in accidents, as well as a control group of 6,000 who drove safely. The survey found that the number of drivers who had marijuana in their systems jumped by nearly 50 percent since 2007. These results are likely due to the growing number of states with legalization or relaxed enforcement of marijuana laws. The survey also found that the amount of drivers with alcohol in their system on weekend nights was about 8 percent, which is significantly lower than previous years.

With some information still unknown, experts in the U.S. encourage continued support for reduced drunk driving. However, the subject of marijuana use and driving is something that is likely to be in the news more often as more states are gaining supporters for legalized medical and recreational marijuana.